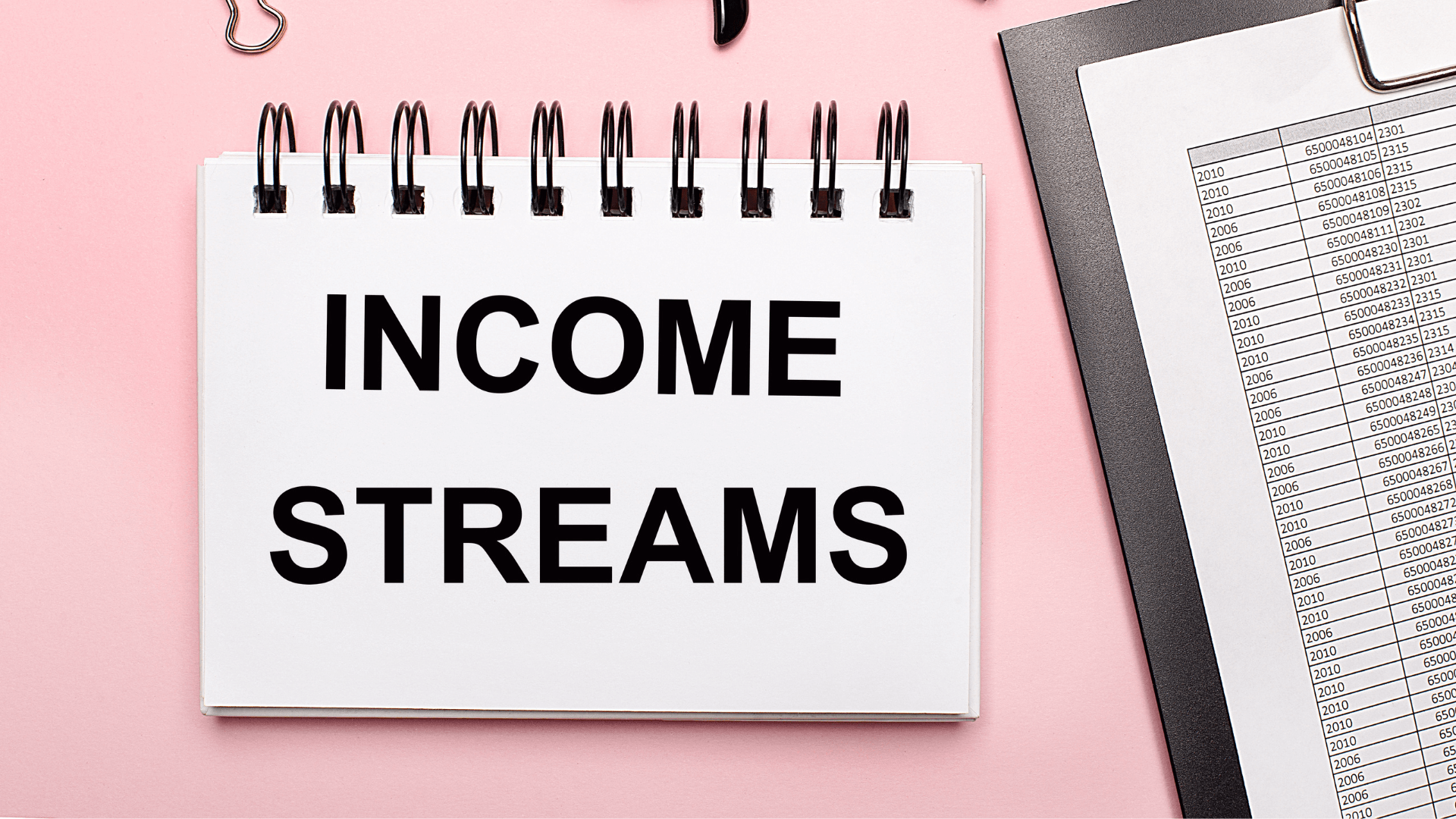 There are several types of income 💵, and tapping into the power of these different income streams will not only increase your wealth but will also secure your financial future.

Let’s take a look at different types of income and then you can decide which one you should start focusing on.

This is the money you earn from working a j-o-b. It’s also known as active income. The more sought after you are in the marketplace, the higher your salary  will be.

This is why neurosurgeons earn much more than bus drivers. They have a much higher skillset.
It’s important to know that while earned income is good, you’ll still be trading hours for dollars.

Since there are only 24 hours in a day, you’ll hit an invisible income ceiling because of this limitation.

Like Warren Buffet said, “if you don’t find a way to make money while you sleep, you will work until you die.”

This is the income you earn from lending money. For example, when you deposit your money into a bank, you’re actually ‘lending’ it to them. The bank puts your money to many uses such as offering loans and so on.

Because of this, you’re paid interest on your money. That said, the interest rates in savings accounts, etc. are ridiculously low these days. So, your money may be better invested elsewhere.

However, having about 6 months of expenses saved up in a bank account can be very handy in an emergency. There’s nothing quite as liquid as cash in a bank.

This is probably the most lucrative type of income stream, if you can do it right. Profit income is the income you get from producing and selling… or from buying and selling.

For example, if you create digital planners at minimal cost and sell thousands online at a 200% markup, you will make a significant profit.

You could keep doing this as long as there’s a demand for your product… and you could actually do it while having another job (earned income). This will give you an idea of why having a side income can create wealth.

Another example of profit income is buying and flipping houses. If you have a keen eye for real estate and the funds to pay and hold on to the property until you find the right buyer, you could rake in thousands of dollars by selling the houses at a higher price than you bought them.

This is pretty straightforward. If you own a second home, you can rent it out and make rental income. All too often, people only think of houses when talking about rent.

However, construction machinery is rented out too. So are sound systems, jukeboxes, arcade games, pool tables, etc. There’s a ton of items that businesses rent out.

Once you own the property, it’s just a matter of finding customers who would rather rent than fork out a considerable sum to buy these products.

This is income that’s gained from assets which increase in value. For example, investments which appreciate in value upon maturity.

Investing in stocks which increase in value, investing in peer-to-peer loans, etc. are all examples of capital gains income.

This is a difficult income stream to create, but definitely worth striving for.

An example of royalty income would be writing a book and publishing it on the Kindle marketplace or with a traditional publisher. As long as people are buying your books, you’ll get a percentage of the sale.

So you’re working once and getting paid over and over again. This is why bestselling authors make millions. They have several books on the market and each is an income generating vehicle.

The same principle applies to music, movies and so on. Artists (if it’s in their contract) earn residual income for as long as people are still consuming the content.

These 6 income streams are the most common ones out there. If you focused on just 2-3 of these income streams and gave it your best effort, you could be making a 6-7 figure income in just a couple of years.

Always remember, financial planning becomes much easier when you’re making more money than you can spend. The best way to do that will be to do more than just rely on earned income.
Invest in yourself and learn what you need to… and focus on creating a new income stream.

When that works, scale it up and start working on the next one. With time, you’ll be financially independent and in the top 1% of earners in your country.

Are you in search of the elusive work-life balance?

Are you in search of the elusive work-life balance?